Land Down Under – Next Stop Cairns!

So after a bleary few days following Sydney Mardi Gras and staying in Engadine, we made our way to the airport excited to explore more of Australia.

Ells has already been to Aus but has never explored north of Brisbane, so heading up to Cairns was something new for both of us!

After taking off and flying above the clouds, we were hopeful that on the other side once we landed in Cairns that it would be beautiful, hot, sunny weather… how wrong we were! It was in fact torrentially raining. However, one bonus to being this far up north was that it was still warm despite the rain (trying to play on the positives here!).

Whilst in Cairns we had arranged through Couchsurfer app to stay with a guy named Dave on his boat, we thought that it would be a cool experience and we both love the paying it forward idea behind Couchsurfing – you stay for free with someone local in the area with the idea that when you get back home you offer out you spare bed/sofa to any travelers wanting to stay in the area.

We had arranged to meet Dave at Pier Bar at 5pm for happy hour drinks before heading to the boat. But our plane had landed early and we had a few hours to kill, so we headed down to the marina on the hunt for some food (of course). Next to Pier Bar is an awesome looking little restaurant called Howlin’ Jacks serving all sorts of versions of fried chicken – this was probably one of the best meals I have ever had! The chicken was so juicy and their home made sauces just topped it off! The price wasn’t too bad either (considering its Australia!)
By this time it was time to meet Dave at Pier Bar, we got a few (B1G1Free) beers and met the Barrier Reef Crew that we’d be diving with the next day, it was good to have a chat with them to find out what we’d be up to the next day and we also had a decent chat with the photographer to ensure we got some decent pictures under water!
Once happy hour was over, we headed over to the Marina, helped scoop out the water from the dingy (after the down pour had stopped) hopped in and headed out of the marina to where Daves’ boat was moored slightly off shore!

Dave was such an interesting character with many stories to tell, we chilled on top deck talking about his travels whilst he cooked us a yummy chicken wrap! We had to be up early for the super early departure of our reef experience trip, so we hit the sack!

During the night the heavens opened up and absolutely drenched Cairns, and because of the humidity and warmth there was a lot of mosquitoes over the water, so to say our sleep was interrupted was an understatement! So weary eyed, we hopped into the dingy from Daves’ boat and headed to the Marina for our 7:30am departure for the Great Barrier Reef!

On board the boat we were handed our stinger suits, goggles and flippers and took our seats. It takes about 90 minutes to get out to the reef (this was one of the faster services) and during this time we were briefed on the health & safety, instructed on how to breathe underwater (for the scuba divers) and even provided with information about the marine life we’d expect to see on the reef. It was great fun!

As there were a number of people doing the dive we were split in to groups of 4. So whilst we waited for our groups to call we did a bit of snorkelling once we got to the reef. This was pretty awesome because we got to watch the first set of divers go under and witness Frank (a Humphead Wrasse Fish) greet them all like an excited puppy!

Finally it was our turn to dive! Feeling excited with it being my second dive and Ells first dive, I was the first one in (and probably the first one to panic… again!) but as soon as I saw Ells had joined me and was freaking out a bit I soon put my freak out to the back of my mind to make sure Ells was okay! Once we had both calmed down (sort of) we set off! I think this experience was more impressive to Ells as this was her first time, even though she kept floating up right and the instructor had to keep levelling her out so that she wasn’t floating round like a Seahorse!

As amazing as the fish and reef were, we were really hoping to see some turtles or even a glimpse of a reef shark, but unfortunately we weren’t as lucky!

The group that did the dive on the second stop were super jammy and saw both a turtle and a reef shark! But I guess that’s just the way it goes!

During the trip we decided that due to the bad weather and lack of sleep on the boat the night before that instead of staying on the boat for a second night we’d book into a hotel so that we could get a decent nights sleep before picking up the camper the next day!
Dave was totally fine with this and seemed relieved because the weather had gotten worse, we met him back at the bar had a few farewell drinks and headed over to our hotel where we crashed out… we even ordered a cheeky delivery from UberEats!
The funniest thing about being on land and in a hotel was that because we had practically spent the last 24 hours on a boat we were still swaying even when we were laying on the bed, this sent us into hysterics because it made us feel like we were drunk!

I think we pretty much laughed ourselves to sleep! And what a good nights sleep it was, all ready for our campervan pickup the next day!

Stay tuned as the road trip blog is coming up next… 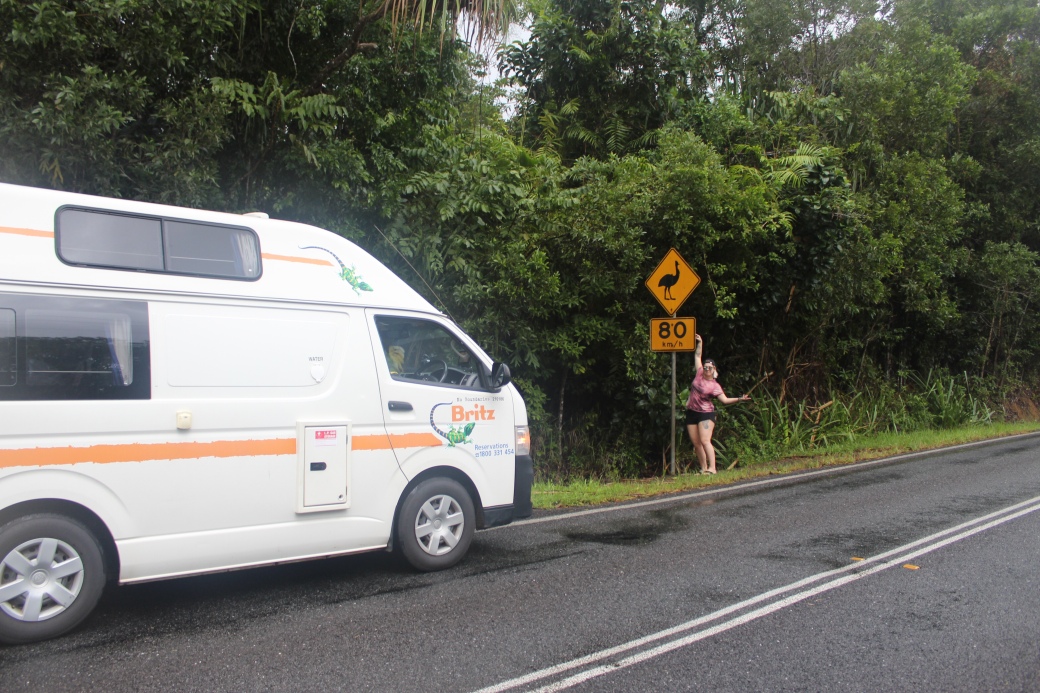